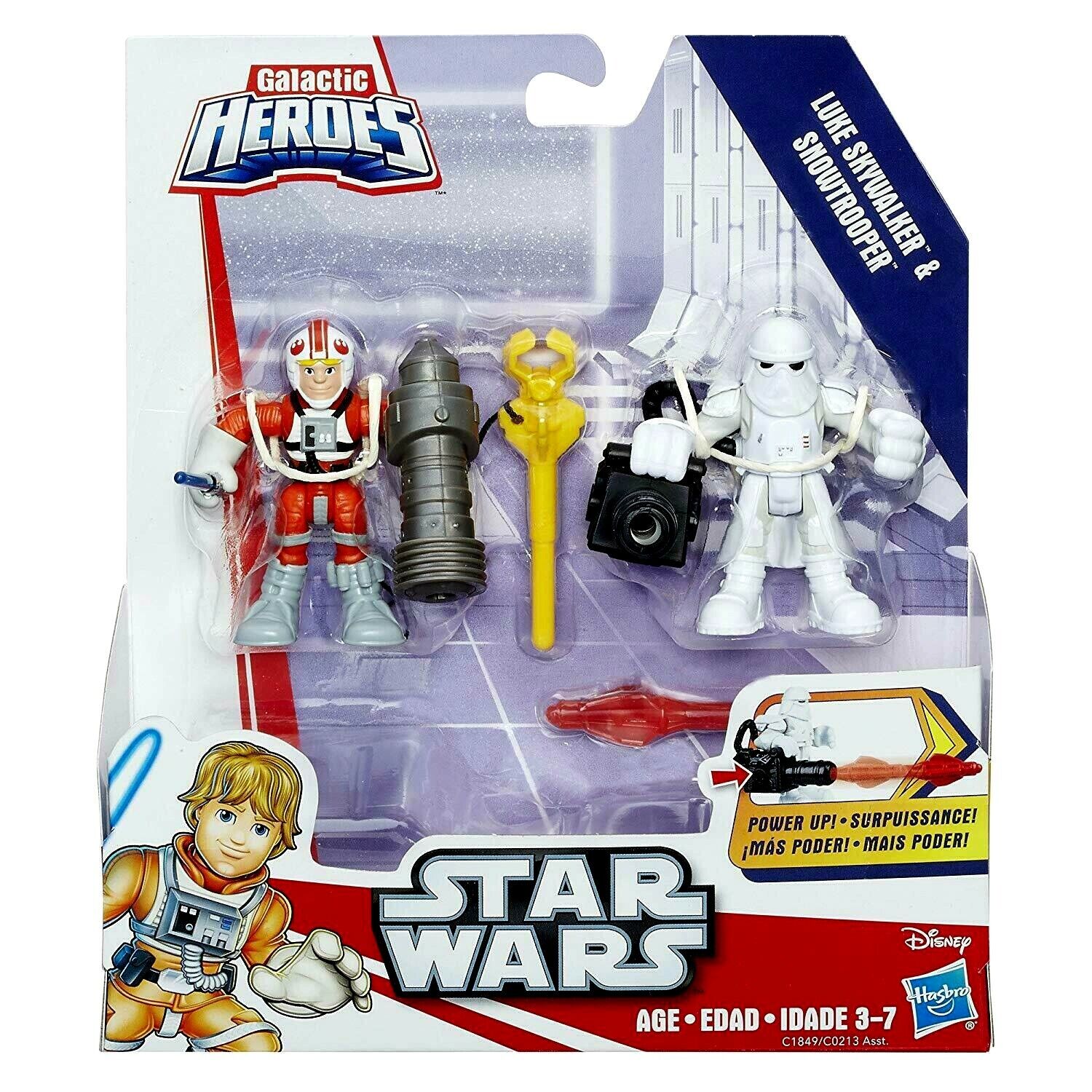 PRODUCT DESCRIPTION AND BRAND:
Young Jedi can pretend to help the heroic Luke Skywalker face off against the evil Snowtrooper!.
These figures get a battling boost with the Playskool Heroes power up arms that snap on and off.
Gear up the Luke Skywalker figure with his iconic lightsaber and his grappling hook,
and arm the Snowtrooper figure with his projectile launcher.

Then imagine an epic match-up between the heroic Rebellion and the evil Empire!

Star Wars products are produced by Hasbro under license from Lucasfilm Ltd. Hasbro, 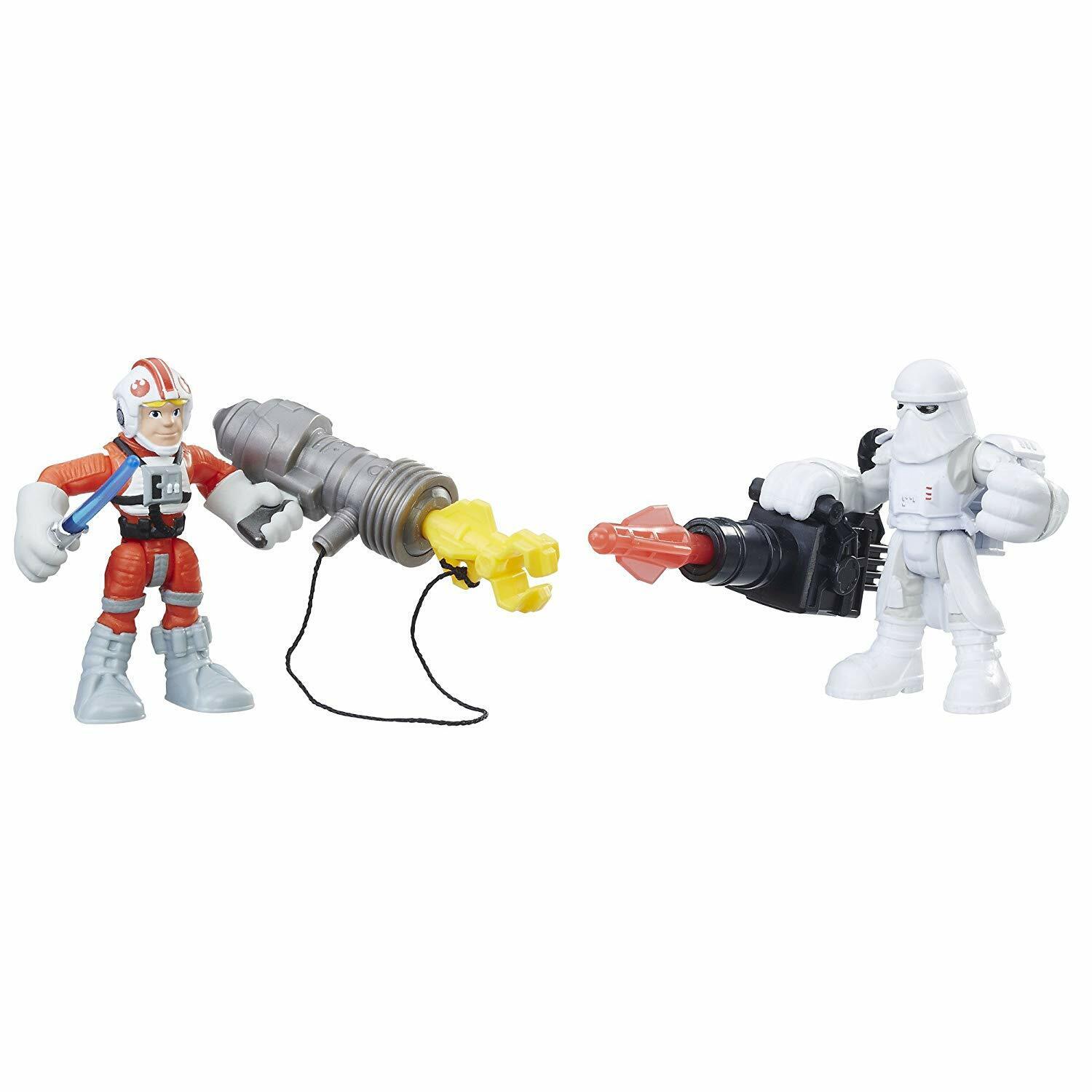