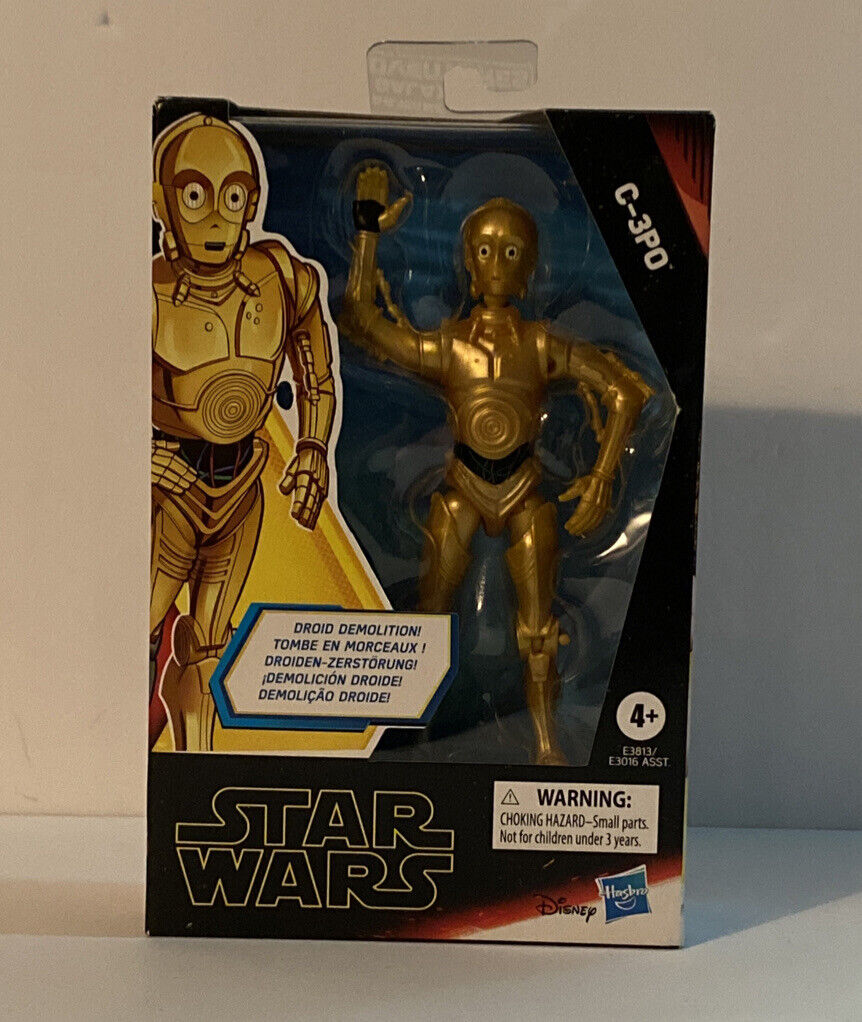 C-3PO is a droid programmed for etiquette and protocol who aids the Rebel Alliance in their fight against the Galactic Empire!

May the Force be with you!

Star Wars products are produced by Hasbro under license from Lucasfilm Ltd.

Hasbro and all related terms are trademarks of Hasbro.

• C-3PO: PROTOCOL DROID: C-3PO is a droid programmed for etiquette and protocol, built by the heroic Jedi Anakin Skywalker, and constant companion to the astromech droid R2-D2

• DROID DEMOLITION: Imagine C-3PO falling to pieces when the Empire attacks! Boys and girls ages 4 and up can activate the Galaxy of Adventures figure’s Droid Demolition feature, popping off the C-3PO toy’s head and legs with the press of a button

• COLLECTIBLE TOYS: Look for other Star Wars Galaxy of Adventures figures and vehicles to collect, swap with friends, or give as gifts (Each sold separately. Subject to availability.) 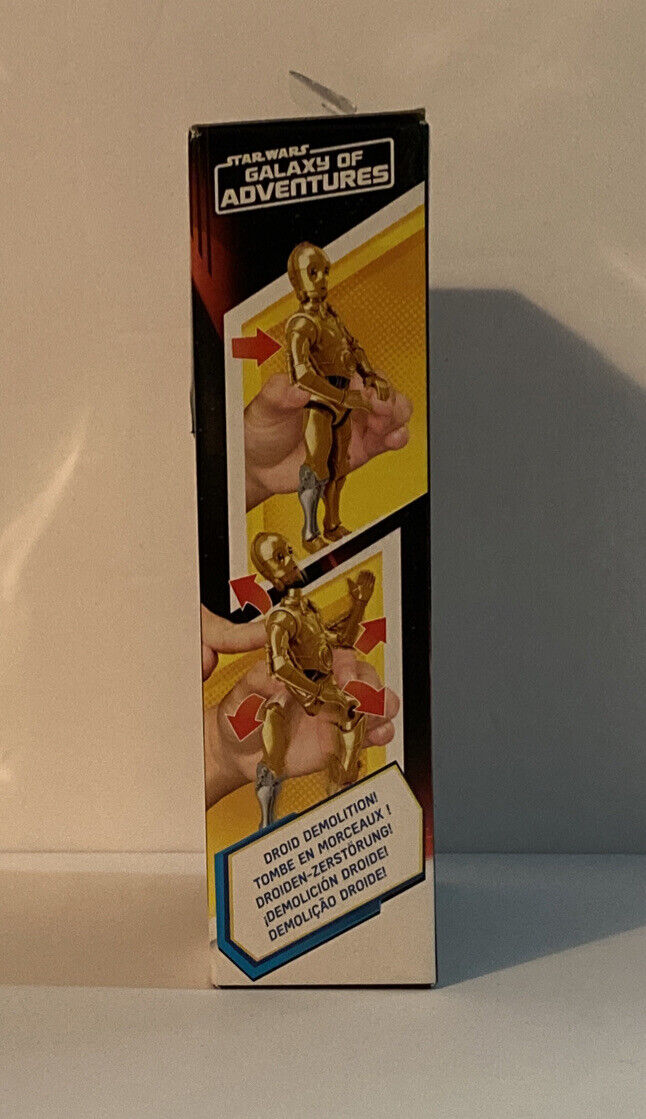